Evening about Cricket with Viv Richards

Evening about Cricket with Viv Richards

We met Sir Vivian Richards at Archer street, for an evening about Antigua and West Indies Cricket. First of all, what an amazing man. Being a massive cricket fan, Sir Viv is a real hero of mine and this was such a great experience. Listening to his stories of his time playing county cricket in England for Somerset, and some of his greatest innings were really fascinating. He even discussed his famous 189 not out against England in 1984, which has gone down in history as one of the best one day knocks ever.  One fact that I had no idea about, was that Sir Viv also played international football for Antigua and Barbuda and even featured in some qualifying matches for the 1974 World Cup.

You could really tell that when he spoke about Antigua, he had a real passion and love for his home country. He went on record to say that Antigua has the best beaches in the Caribbean and also the nicest people! He strongly recommends all of the food and to get involved in the fun party life of the island. 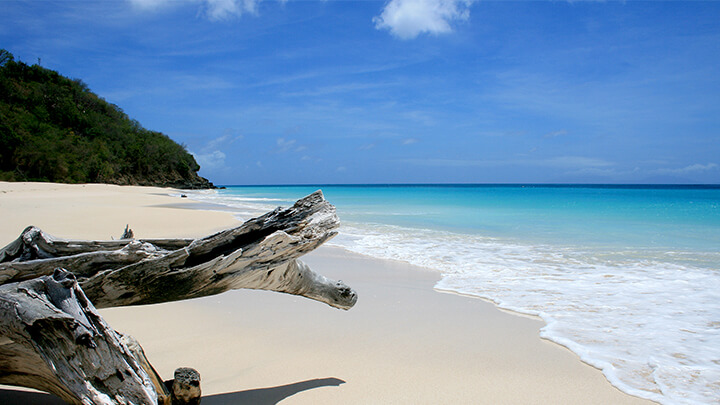 The first thing that any cricket fan will notice when arriving in Antigua, is the country’s old national cricket stadium, which is most famous for the 400 not out that Brian Lara hit there in 2004 against England. The 400th run of this game coincidentally came from Gareth Batty (a Turquoise Client.) Sadly, the ground is looking slightly run down these days, but its historical heritage is still very much present. Since 2009, Antigua has had a brand new stadium in North Sound called the Sir Vivian Richards Stadium, hosting international and domestic cricket. England last played a Test Match here in 2015, where the match finished in a draw.

All the hotels in Antigua are great if you are a cricket fanatic. The majority are less than a 30 minute drive away from the stadium, and pretty much all of the hotels will arrange transfers for when the big cricket matches are on. If honeymooners are looking to head to Antigua, and were thinking of experiencing some cricket during this special trip, I would definitely recommend looking at Curtain Bluff. Perched on a peninsula between 2 stunning beaches, this really is a great place be. A beautiful all inclusive hotel with some amazing restaurants, this place really would make for a special honeymoon. If you have a family looking to get out to Antigua for a spot of cricket, I would definitely recommend Blue Waters. Blue Waters has a great selection of restaurants and some great rooms for families including the Cove Suites. 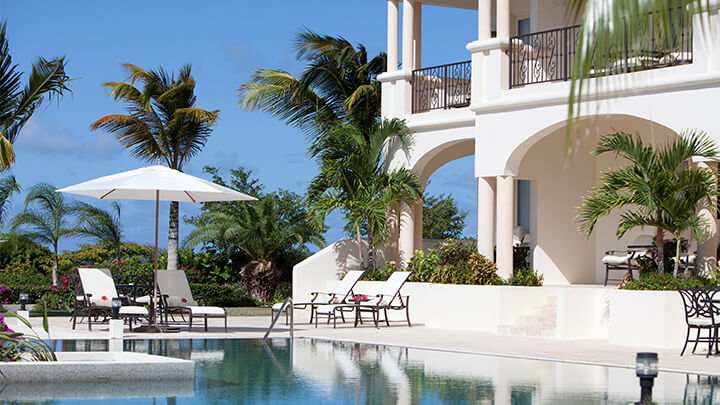 The food and drink in Antigua is amazing! I think my perfect day would be a day watching the cricket with a few bottles of Carib. Carib is the local lager and I can strongly recommend! One place to definitely visit when on the island would be Shirley Heights on a Sunday afternoon. This place, in my mind, is a must do. From 4pm on a Sunday, Shirley Heights has a BBQ party. They have a steel band playing some great songs and probably the best BBQ I’ve ever had; the food was just incredible. It’s a great place to chill out, have a few drinks and watch the sunset over the island.

I have always loved cricket. From a very young age my Dad used to play in the garden with me, and then from the age of 5 I have played for Lingfield Cricket Club, where I have stayed ever since – 23 years of service for very little reward! Lingfield Cricket Club is one of the oldest cricket clubs in the country having been established circa 1750. The 1st team play in the Premier Division of the Fullers Surrey League. After three seasons of finishing third in the league after poor finished to the season the 2018 campaign could be the year they clinch promotion into the Surrey Championship.

My cricketing dream would be to watch England in a Test Match series against the West Indies. I couldn’t  think of a better trip than soaking in the Caribbean sunshine and watching a full day of Test cricket.  . . . with a few Carib’s!

Being lucky enough to experience some amazing places from a young age such as Safaris in Africa and trips to North America I got the travel bug very early on in life. After studying Tourism at University it seemed only…